What is
Engineering Tomorrow?

Guided by a diverse team of successful engineers, Engineering Tomorrow introduces high school students nationwide to various fields of engineering and provides them with hands-on instruction, virtual labs, and mentorship. All our offerings are available at no cost to students, teachers, or schools.

What makes us unique?

Our labs are developed by engineers and modeled on the cutting-edge work of experts in the field. Students gain powerful insights into the impactful work that engineers perform on a daily basis.

Students have the opportunity to work with professional engineers over video conferencing or via in-person events at our New York City or Washington, D.C. locations.

We employ students from the nation’s top colleges and universities to mentor high school students and to work alongside engineers to develop and enhance our curriculum.

All at no cost to your school.

We deliver labs at no cost and provide all equipment and supplies. Registering and participating in our program is a seamless process for teachers.

Learn more about our Virtual Labs

The U.S. needs more engineers, and we are losing valuable perspective and insight by not including more diversity within our field of engineers. In 2014, Engineering Tomorrow was founded to solve these two problems by creating programs that awaken student curiosity and passion for engineering. 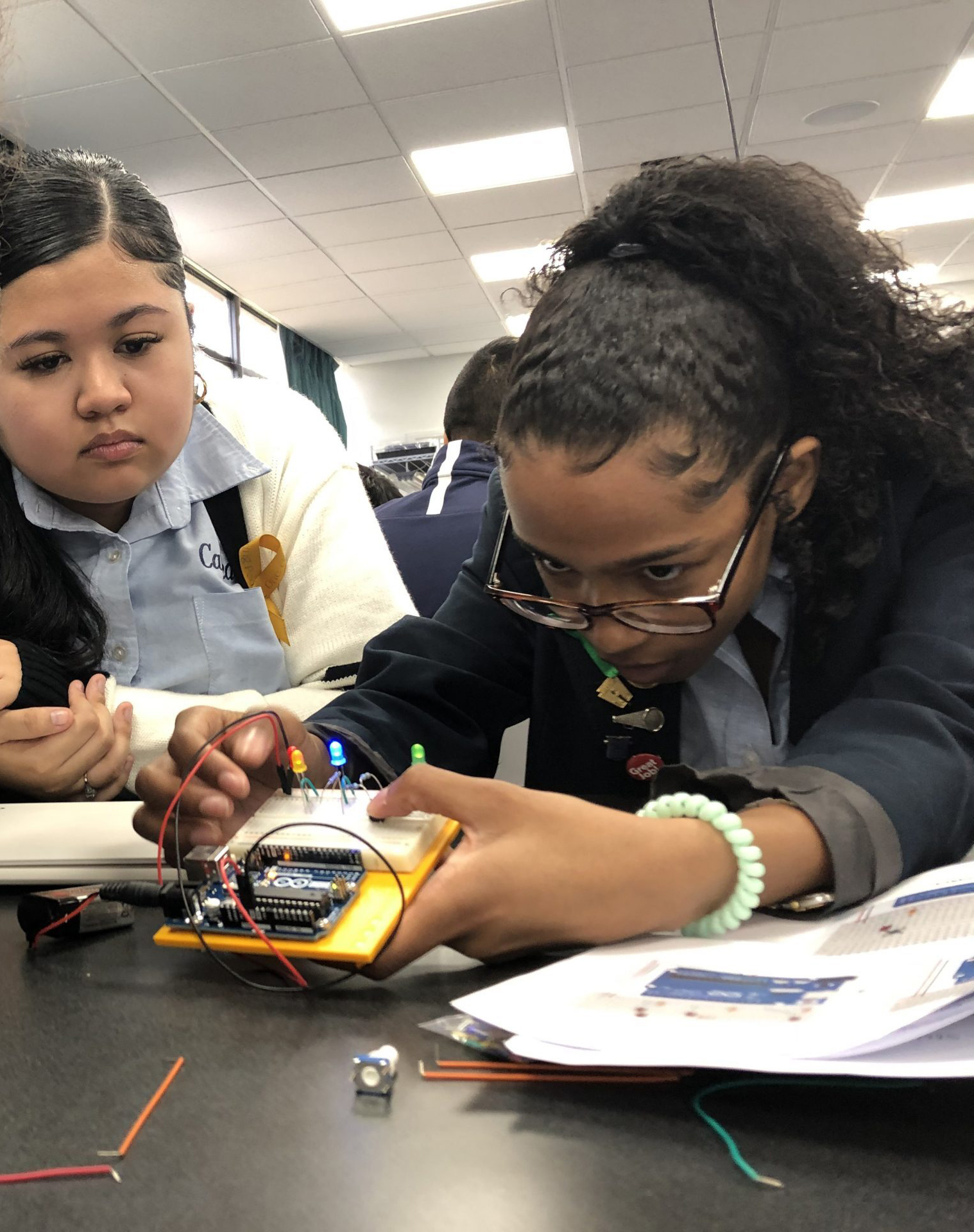 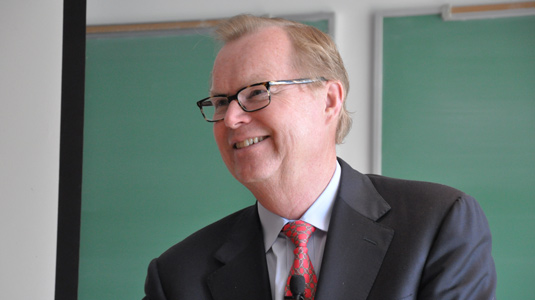 ET founder Bill Woodburn grew up in a working-class New York City community, where there was no discussion about careers in engineering and very little direction about attending college. With a natural aptitude for math and science, he was able to attend the Merchant Marine Academy, where he obtained a bachelor’s of science in engineering, before receiving his master’s degree from Northwestern University. Bill found engineering to be a rewarding profession and his success in the engineering field led him to a variety of leadership positions at some of the world’s most prominent engineering companies, including roles as the CEO of GE Infrastructure and a Co-Founding Partner of Global Infrastructure Partners.

Throughout his career, Bill noticed that the United States did not offer nearly enough opportunities for students to consider engineering as a career—particularly female and minority students.

While he excelled at math and science classes in high school, he remembers thinking that those courses never provided the practical applications that demonstrated how engineers use science and math to design and build the innovative products and processes that touch every part of our world today. That lack of exposure to practical applications for math and science—combined with a lack of engineers in many low-income and working-class neighborhoods like the one he grew up in—leaves many students today without an understanding of what engineers do and the great potential that a career in engineering holds. Bill believes that the failure to expose so many high school students to the field of engineering leaves a tremendous amount of untapped potential in the United States. He founded Engineering Tomorrow to reach all students, no matter the communities that they come from, and to show them the exciting opportunities that a career in engineering affords.

In 2001, Bill contracted Grover’s Disease, a dermatological condition for which there was no known cure and little understanding of its root cause.

After multiple years of ineffectual treatments, he began studying recent research in immune systems improvement due to specific wavelengths of sunlight. Based on this research, Bill designed a device to simulate the favorable wavelength of sunlight, which enhanced immune system response levels and treated Grover’s Disease and its primary symptoms, severe itch and irritation. Bill patented the process and has completed clinical research at Northwestern University Hospital, which confirmed successful treatment results in an initial trial of 10 patients.

The device has been patented in the US and Europe. The process that Bill undertook of studying possible root causes of the disease and designing a device to address the disease’s symptoms has been incorporated into our Engineering Tomorrow curriculum as a biomedical engineering lab utilizing phototherapy to address this form of dermatitis. This lab also illustrates how a patent is developed as well as the written application and filing process. 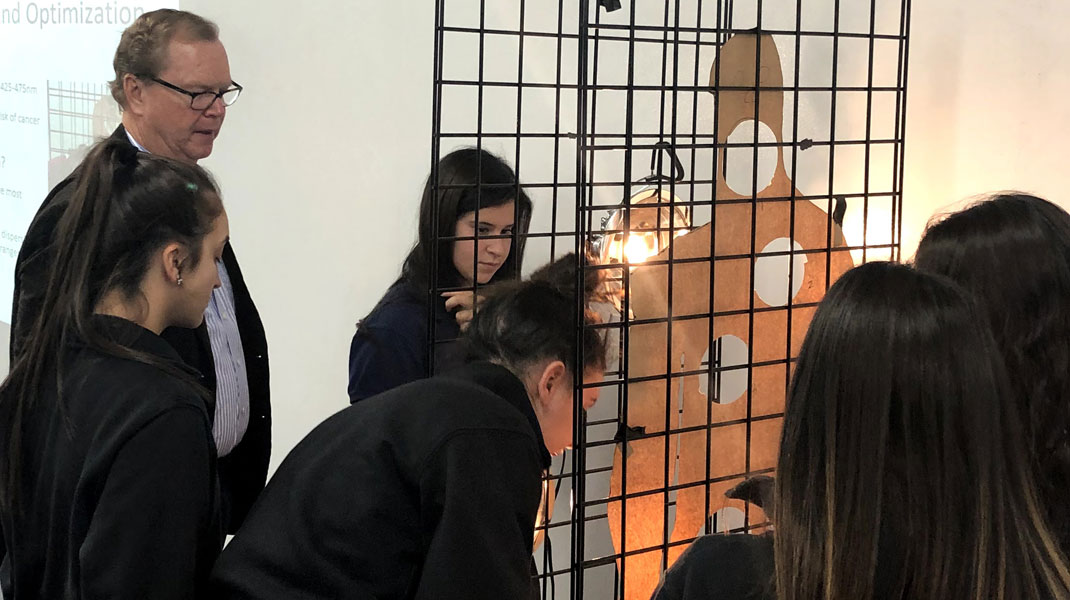 If you’re a teacher, college student, professional engineer, or organization looking to partner with us, we’d love to hear from you. 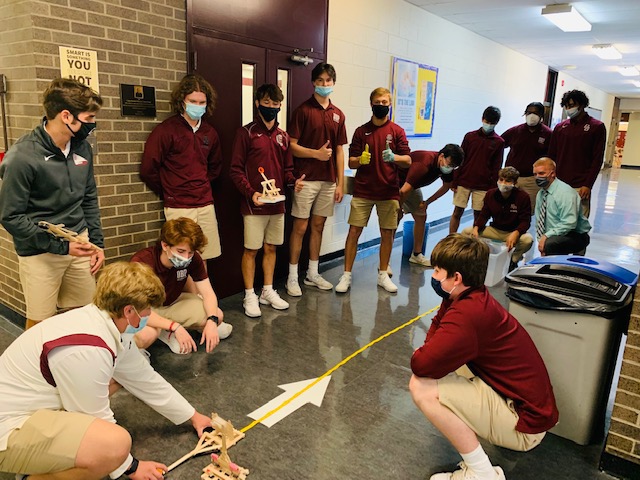